An extra service that can make your game easier and more enjoyable. Everyone likes when someone is cheerleading for them, you as well, right?

Bubble football, just like any other game, played in a team is the same, you want people to cheer for you, to tell you to run faster, to clap with you when you score or to cry together with you if you lose.

Our team of awesome cheerleaders will sure make your game of bubble football unforgettable! Take your team's motivation to the next level with the ambiance and energy provided by a professional cheerleading group. These skilled and decorative girls will keep you going no matter what, and this can mean the difference between winning and losing at bubble football. For only 35€ per cheerleader, we arrange everything for you to meet these awesome ladies at the football field when your game starts!

We cannot tell you much more about the girls, only that they will be a great part of your team, but we do know a lot about the history of cheerleading.

Let us share it with you. We know some secrets that you wouldn't actually believe.

Cheerleading dates to the 1860s, in Great Britain, and entered the US in the 1880s. Although women currently dominate the field, cheerleading was begun by men. Princeton University, in 1884, got the idea that crowd chanting at football games would boost school spirit so they came up with a catchy cheer. Ray, Ray, Ray!

Women were selected for two reasons: visual sex appeal, and the ability to dance. Women were exclusively chosen because men were the targeted marketing group. The Dallas Cowboys Cheerleaders soon gained the spotlight with their revealing outfits and sophisticated dance moves, debuting in the 1972–1973 season, but were first widely seen in Super Bowl X (1976). These pro squads of the 1970s established cheerleaders as "American icons of wholesome sex appeal."  By 1981, a total of seventeen Nation Football League teams had their own cheerleaders.

The 1980s saw the beginning of modern cheerleading, adding difficult stunt sequences and gymnastics into routines. All-star teams, or those not affiliated with a school, popped up, and eventually led to the creation of the U.S. All Star Federation.

Most American universities have a cheerleading squad to cheer for football, basketball, volleyball, wrestling, and soccer. Although it's not as popular in Europe as in the US, we can also see some professional European teams having cheerleaders, but we cannot see the long history and a similar pattern as in America. This doesn’t mean that our teams here don’t need the support, on the contrary, they need it just as much as professional players. So do you.

Talk with your friends about it and hire our amazing cheerleading team to motivate your team into the winning position! Bubble Football Budapest is looking forward to seeing you on the field! 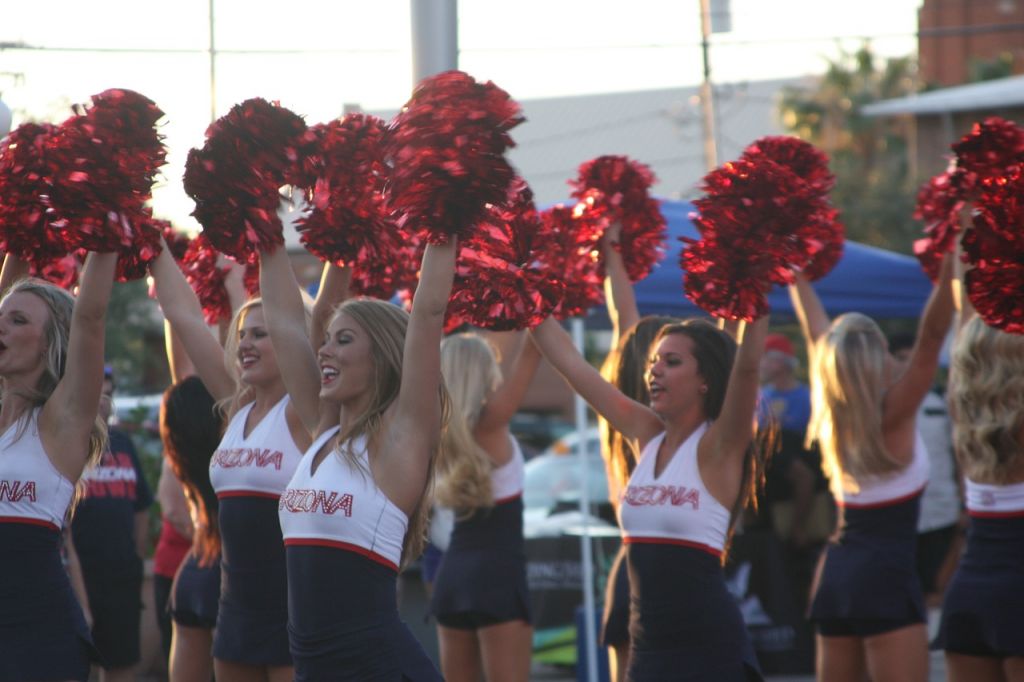