A sporting event is never complete without a cheering crowd! Lads on the side dissing their kind drinking pints with a lot, ladies chanting for their men to score – they’re all part of the game! Bubble football matches – be as fun as they are – can’t be truly satisfying without people courtside shouting so hard, their throats will soar. Hereby we list some of the best football chants ever, classics songs turned inside out, to live on as carriers of wishful thinking.

The Fab Four knew that McCartney’s melody was a winner, and milked the child-friendly “na, na, na, NANANA-NA!” fade-out coda at the end for all it was worth. One listen is enough to lodge the tune in the cranium for eternity, and it has naturally been pilfered for anthems widely, with the words "Hey Jude" replaced by "City" in Manchester and "Celtic" in Glasgow.

Volare (‘Flying’) is an Italian ballad famously song, in English, by Dean Martin, though Frank Sinatra, David Bowie and Cliff Richard all had a go with varying degrees of success. The song’s been modified a little bit, since fans realised the lyrics can be greatly adopted for french superstar midfielder, Patrick Vieira. Arsenal’s version wasn’t a huge departure, apart from adding that their midfield enforcer “came from Senegal” and “plays for Arsenal”.

Written by Rodgers and Hammerstein for their 1945 musical Carousel, a UK chart-topper for Merseybeat band Gerry and the Pacemakers in 1963 rarely has a song had so little to do with football yet so much all at the same time. As the song title suggests, it’s effectively a show of solidarity – reinforced by all those scarves being held aloft in unison, perhaps football’s most powerful spectacle – one picked up by Celtic, most of the Bundesliga, a handful of Dutch clubs and FC Tokyo, among others.

A Christian song written around the turn of the 20th century, ‘Oh When The Saints’ has been recorded by everybody from Louis Armstrong to Andre Rieu. And, indeed, many football teams want to be in that number. The words have been changed many time, some being imaginative and cheeky, others rather rude or utterly nasty. It is at its most dramatic when starting slow and building to a clappy climax, perhaps best illustrated by Spurs fans.

Could feedback-crazed White Stripes axeman Jack White have realised the reach that his melody was going to have when he pulled this monster riff out of his noisy bag? It spread like wildfire, becoming Italy’s unofficial anthem for the 2006 World Cup: after they won and it’s since become a ubiquitous stadium favourite across Europe and America. 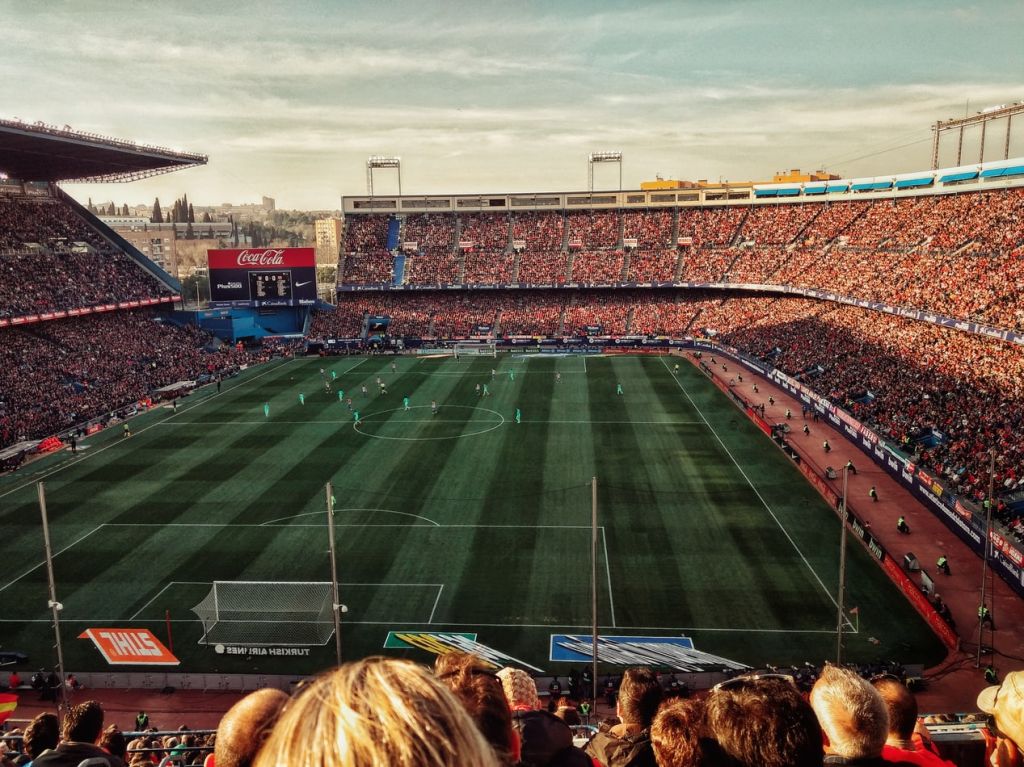